Early in May of 1995 my son Glenn called into Basil Keir’s shop in Canterbury where he sold mainly tyres & some engineering equipment. Glenn wanted “V” belts at the time & seeing he had old model car tyres he told Basil of my interest in the Old Car Movement and being a long term member of the AMVC, that night Basil came before dinner, introduced himself and he was back again on the meeting night to take me to the club. I was not really keen to join another club as I was a member of a Central Coast club, but he rang first then came every meeting night till the end of 1995 but we Betty and myself had already joined up in the June. I became very interested in the club because of the new friends we had made and the way the club was run, so in June of the following year I became Events Director for the club. It was something that I had always been interested in, looking for different places to go and this case to take the club members to each month, this was an extension of what I was doing with eight very good friends all over Australia since the early seventies and into the nineties this position in the club I held for fifteen years. 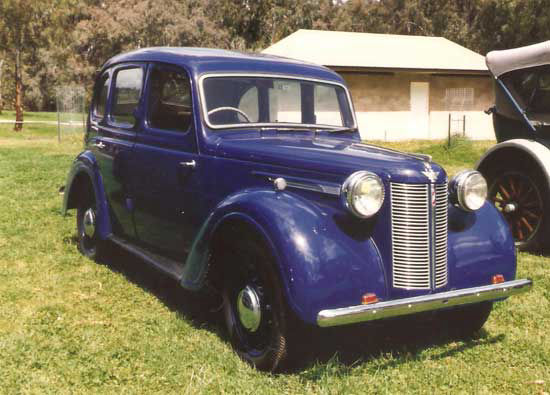 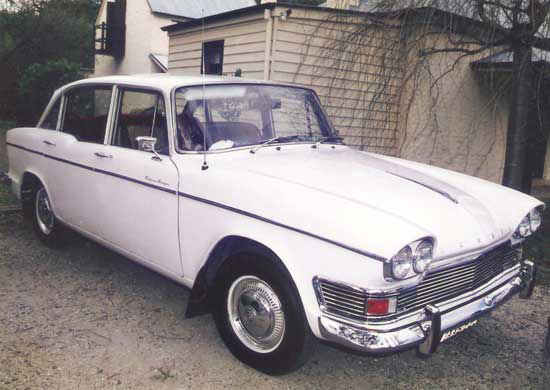 In the year 2000 I had two nicely restored cars, a 1946 Austin10 Sedan and a 1965 Humber Super Snipe Automatic, I liked both of these, both being very comfortable and I enjoyed driving them, but then I like just about any car. Progressing on earlier in the year I broke my left ankle and when I had to do any work on the Humber I found it very hard to do because everything on this car was big and heavy.

A couple of friends in the club suggested I needed a smaller car and they both recommended I look at the Austin 1800 as a replacement for the Humber. I had seen the cars and noticed how much room was in the cabin but that’s all I knew, I had not even driven one, so after checking out quite a number of very rough 1800’s I was told of one in Canberra, so I wrote to the owner and asked him to list all the things wrong with the car and what was needed to be done to get it registered and if I found any more problems when I came to look at it I would just give it away and go home. I had been talking to Norm Peck over all this time a friend and club member who had an 1800 which he had bought new in 1965 and who knew the car inside out. He offered to come down and look over the car for me, when we got there we found the owner true to his word, so off Norm went to give the car its work out. When he returned his comments were don’t offer him anything, just give him what he asked for and lets get going. I paid him less the joining fee for our club as he was very keen to join and Norman jumped into the 1800 and headed for home. On the road home Norrn was quite a way in front driving the1800 who I never caught up to till I got to Goulburn, when his comment was there’s not very much wrong with this old girl.

After getting it home another friend in the club who had quite a lot of experience in this type of vehicle spoke to me and offered to come over and check all the suspension including replacing the fluid and re-pressurizing the system up to requirements, then checked the brakes and also went over the rest of the car so it was ready to put on the road and get it registered, for which I had to give a very big thank you for without the help of these members I would have been stumped, and let’s face it, this is what this club is all about, helping one another. It was now time to get it registered which I felt would be OK as these friends knew what they were doing and I had a lot of faith in their ability. My only concern was will I like driving it as normally one gets the chance before pulling it down, but this feeling was short lived as my driving position was very comfortable, the gear shift fitted perfectly in my hand and my view of the road was excellent in all directions and the power of the 1800 surprised me. This car is very comfortable with plenty of room for driver and passengers and I am still impressed with it after driving it for thirteen years.