I purchased my first A30 (ATV 606) at the age of 18 in 1964 for the grand sum of 130 pounds. After much modification and many years of total enjoyment it came time to move on and “The Mouse” as it was affectionately known in the family was sold to Margaret’s Uncle as work transport (he was a night-shift fitter at the Herald). He spent 12 months trying to get it to idle smoothly, changing carburetors, distributor, manifolds, timing settings, fuel pump etc. without ever telling me of his concerns. As it had very high compression, much modified head and ports and more importantly a 23/60 cam there was not much chance! He eventually gave up and sold it to an OLD BLOKE from Kirrawee and we used to see it occasionally in the shopping centre there. You must bear in mind I was only about 30 then and as I am now 67 he was probably only a YOUNG FELLA! After a while it disappeared and I have never seen it since. 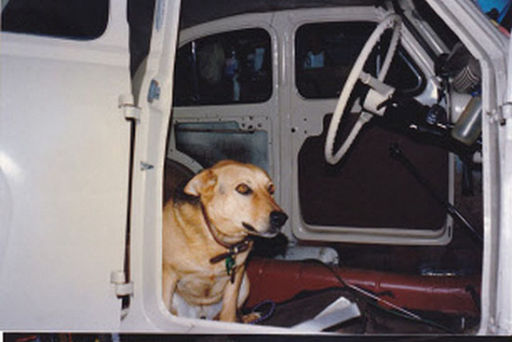 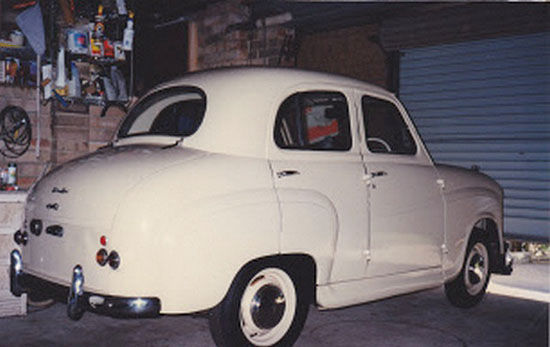 I came across an ad for my next A30 (Mousey) in the Trading Post when searching for an embroidery machine for Margaret and purchased it on 08/03/97 from a John Wood of Casula for $500. It was partially restored as he had owned it since 1980 and was good mechanically & had been sprayed but needed trimming and re-wiring and window rubbers and all the little bits to finish it off. I joined the AMVCNSW in June 97 and took the car on it’s first run to Picton on 26/4/98. Having been to 6 AOA Rallies (driven to all except Perth) and umpteen Club Runs it has currently covered 21600 miles (about 34500klm) since it went back on the road with the speedo set back to zero.

I purchased the next A30 (a Panel Van which I called Rustey) for $50 from Maurice Dunne of Lidcombe on 30/1/2001. It had been inspected by both Don Ashcroft & Les Kidney previously, I later found out and both of them walked away. I probably should have done the same but I knew how rare an A30 Panel Van is and had to save it from Mr. Sims. It took me 11 years to get it to the stage of the first run, which was to AOA in Forbes on 19/4/2011 and gave me a lot of satisfaction as the seat and door trims were the only things I did not do myself, these being done by our old friend “Jubbie”. It has now covered 1798 miles (about2900km).

I purchased my 1800 (Betsey, BET 383) for $100 from Clifford Davies of Dapto on 8/9/2001 and ran it on Club Plates until 5/4/2008 when it was put on full rego for a couple of years and used by our nephew and then our younger son as day to day transport. It now resides under a cover in the back yard and one of these days I will get around to tidying it up a bit and put it back to use as it is a really comfortable car to drive, particularly on a longer run in the country. Clifford Davies passed away 3 weeks after I bought the car, aged 96 having driven it until he was 94 and he just wanted someone to look after it so it would not go to Mr. Sims.